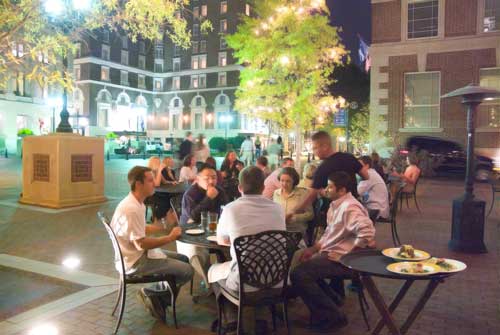 Greenville is located in the northwest corner of South Carolina, approximately halfway between Atlanta, Georgia and Charlotte, North Carolina.

Greenville's moderate climate offers a full change of seasons, with an average annual temperature of 60 degrees Fahrenheit. Greenville offers mild weather throughout most of the year. July is typically the warmest month and on average January is the coolest. Greenville is known for its milder summers when compared to other areas of the south.

The International Center of the Upstate (ICU) welcomes local and international residents and provides opportunities for people to learn about other cultures. ICU offers programs, language classes, workshops, and social events for Upstate residents. ICU also serves as a liaison to all international groups in the area and provides business consulting services for international companies and employees.